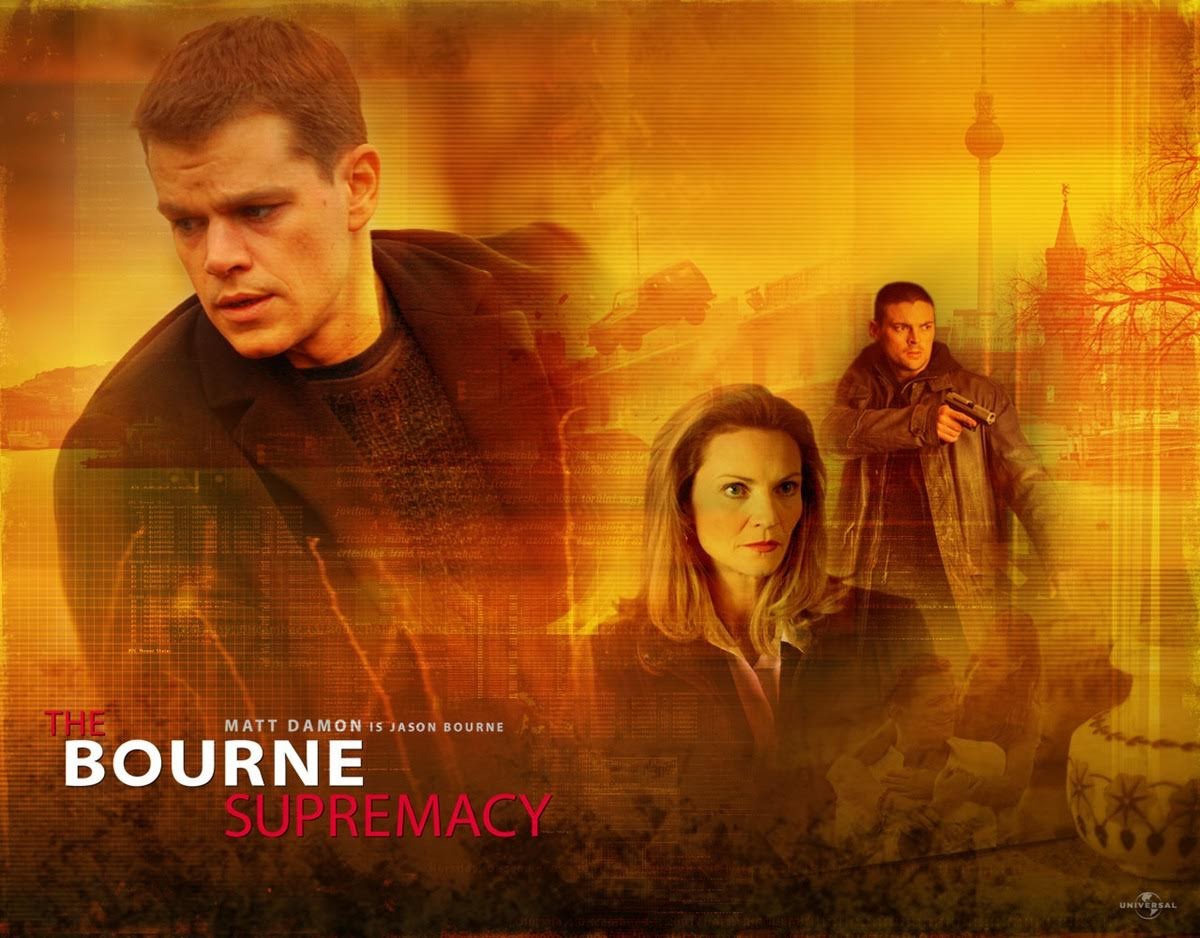 he Bourne Supremacy is a 2004 American-German action thriller film featuring Robert Ludlum's Jason Bourne character. Two years after their disappearance, Jason Bourne and Marie Kreutz are in Goa, India. Still experiencing flashbacks about his life as a CIA assassin, he records them in a notebook.
In Berlin, a CIA agent working for Deputy Director Pamela Landy is paying $3 million to an unnamed Russian source for the "Neski files", documents on the theft of $20 million seven years prior. The deal is interrupted by Kirill, an agent for Russia's Federal Security Service who works for oligarch Yuri Gretkov. First Kirill plants two explosive devices on the building's electrical circuit. One takes out the power to the building, the other does not go off but has Bourne's fingerprints planted on it, using a transparent adhesive film, in order to frame him. Kirill kills the agent and the source and steals the files and money. Gretkov directs Kirill to Goa to kill Bourne; however, Bourne spots him at the market and on the beach and flees with Marie in a Jeep. Kirill follows in a car chase and kills Marie instead of Bourne, unaware Marie and Bourne had swapped seats in the vehicle. Their Jeep plunges into a river, yet Bourne escapes the crash having let Marie drift away underwater. Kirill looking from the bridge is convinced that Bourne is dead since he did not surface from the water. Bourne then leaves Goa and travels to Naples.