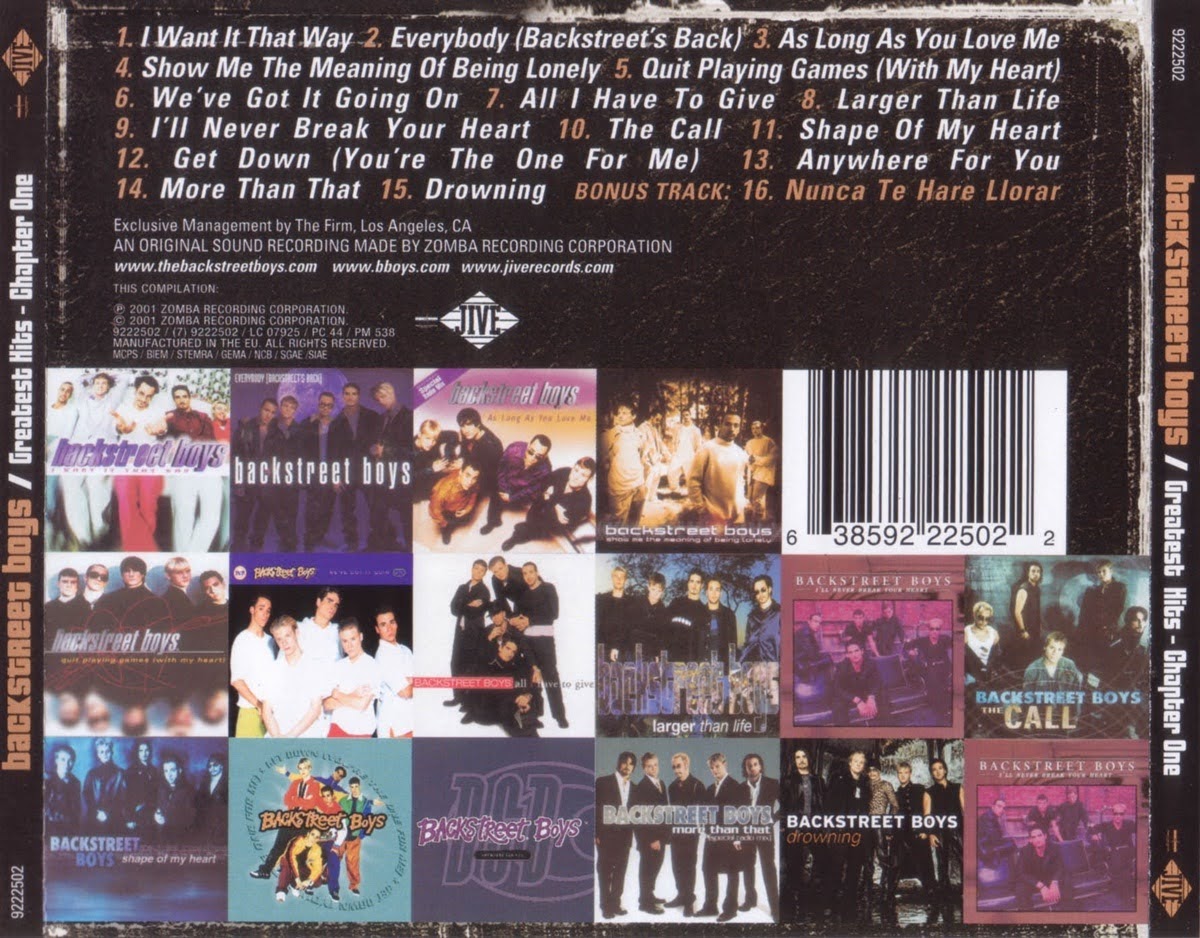 The Backstreet Boys (often abbreviated as BSB) are an American vocal group, formed in Orlando, Florida in 1993. The group consists of A. J. McLean, Howie D., Nick Carter, Kevin Richardson, and Brian Littrell. The album performed by Backstreet Boys band with 16 songs: I Want It That Way, Everybody, As Long As You Love Me, Show Me The Meaning Of Being Lonely, Quit Playing Games (With My Heart), We've Got It Going On, All I Have To Give, ...
Download: 146.0MB