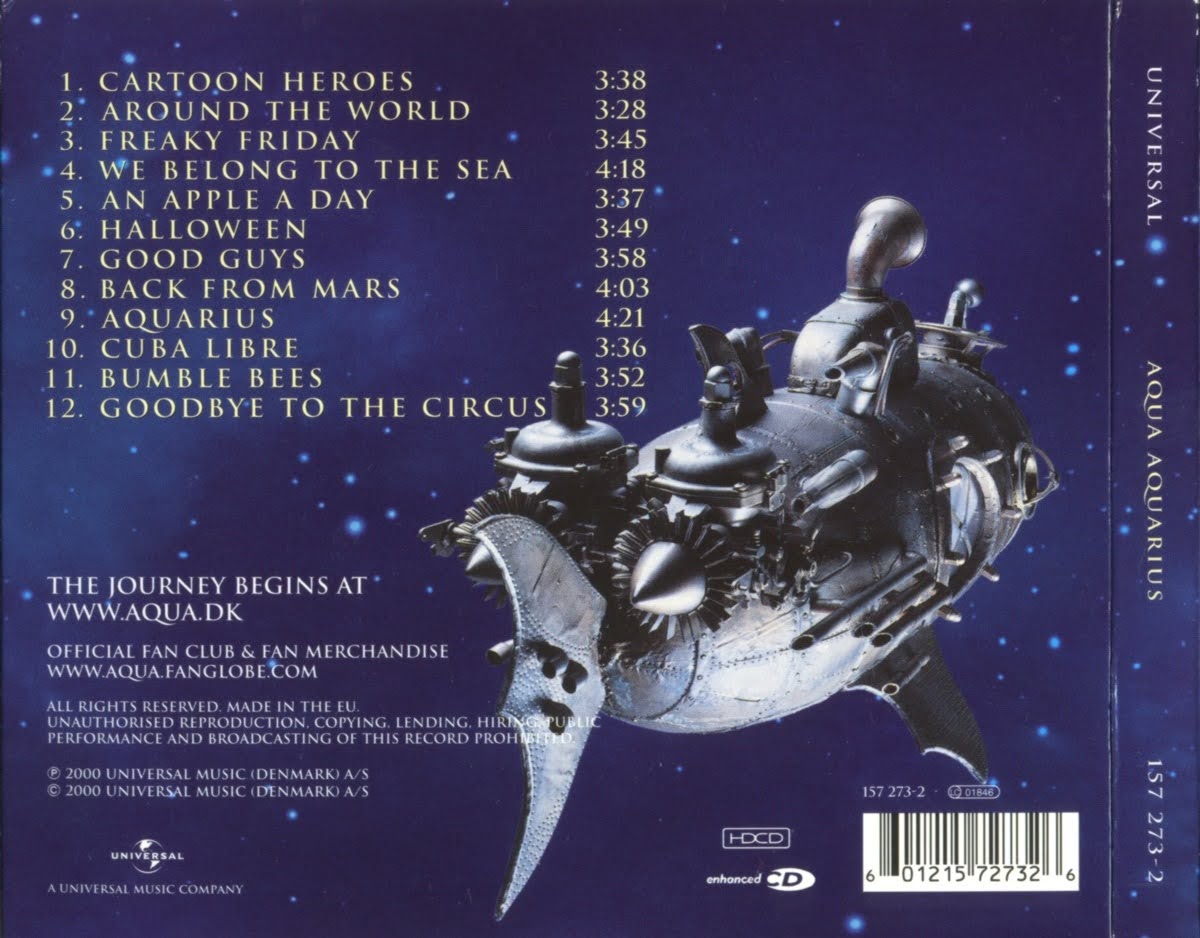 qua is a Danish-Norwegian eurodance group, best known for their 1997 breakthrough single "Barbie Girl". The group formed in 1989 and achieved huge success around the globe in the late 1990s and early 2000s. The album performed by Aqua band with 12 songs: Cartoon Heroes, Around The World, Freaky Friday, We Belong To The Sea, An Apple A Day, Halloween, Good Guys, Back From Mars, Aquarius, Cuba Libre, Bumble Bees, Goodbye To The Circus.
Download: 106.0MB