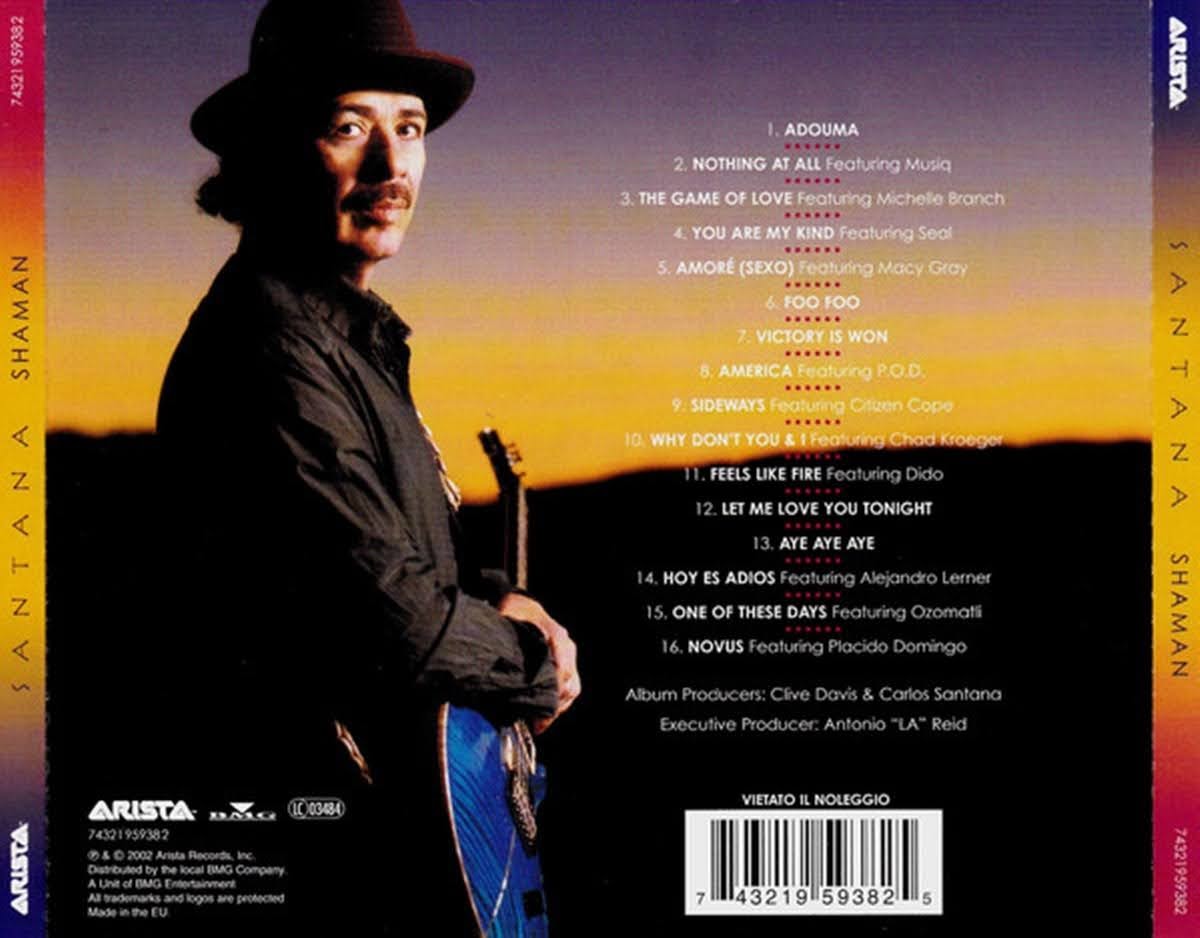 antana is an American Latin rock band formed in San Francisco, California in 1966 by Mexican-American guitarist Carlos Santana. The album performed by Santana band with 16 songs: Adouma, Nothing at All, The Game of Love, You Are My Kind, Amoré (Sexo), Foo Foo, Victory Is Won, Since Supernatural, America, Sideways, ...
Download: 171.0MB