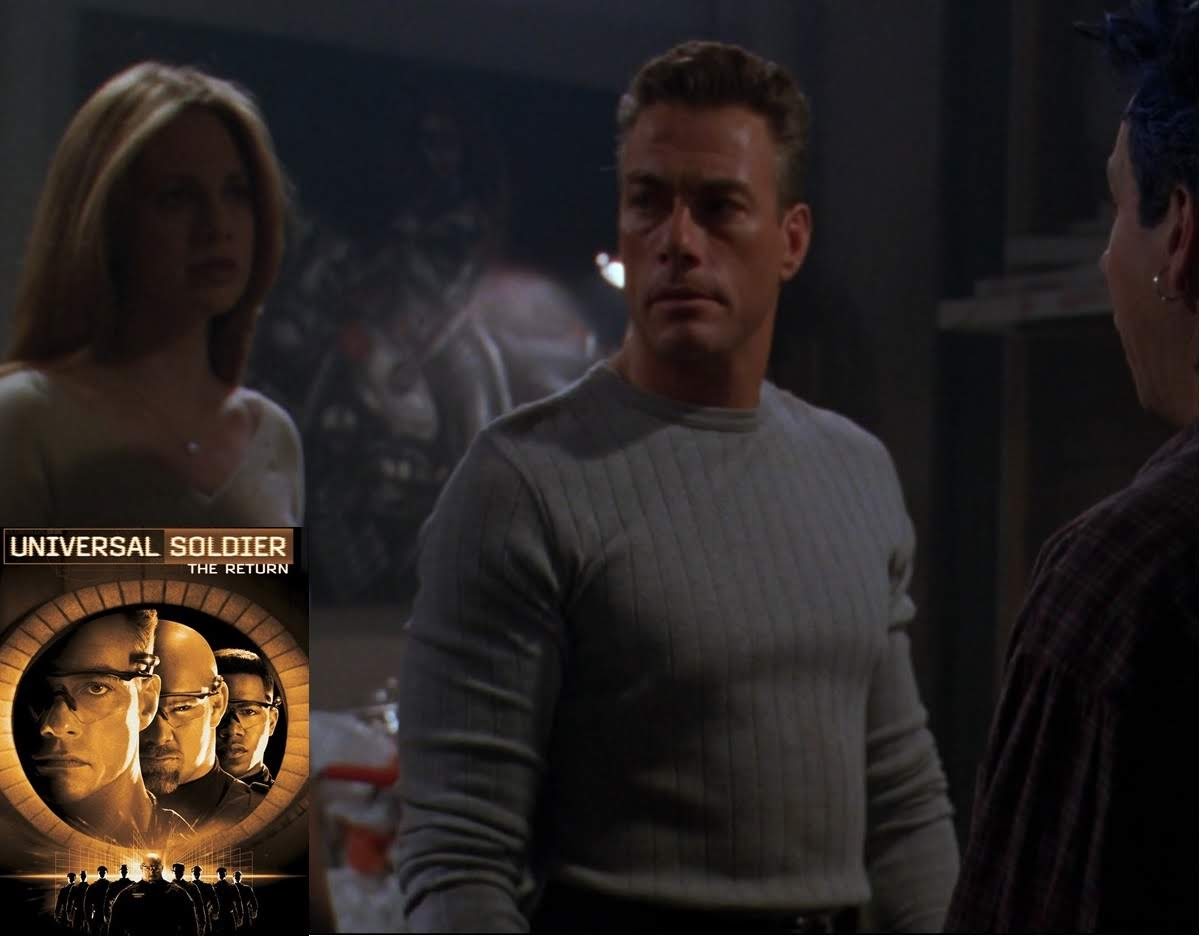 Universal Soldier: The Return is a 1999 American science fiction action film directed by Mic Rodgers in his directorial debut, and written by William Malone and John Fasano. The film stars Jean-Claude Van Damme, Michael Jai White, Bill Goldberg, Heidi Schanz, Kiana Tom and Xander Berkeley.
Seven years after the events in the first film, Luc Deveraux (Jean-Claude Van Damme), now an ordinary human after having had his cybernetic implants removed, is a technical expert who is working for the US government with his partner Maggie (Kiana Tom), who has been through countless hours of combat training with him. They work to refine and perfect the UniSol program in an effort to make a new, stronger breed of soldier that is more sophisticated and intelligent to reduce the use of normal, human soldiers in the battlefield. All of the new UniSols, which are faster and stronger than the original UniSols, are connected through an artificially intelligent computer system called S.E.T.H. (Self-Evolving Thought Helix).