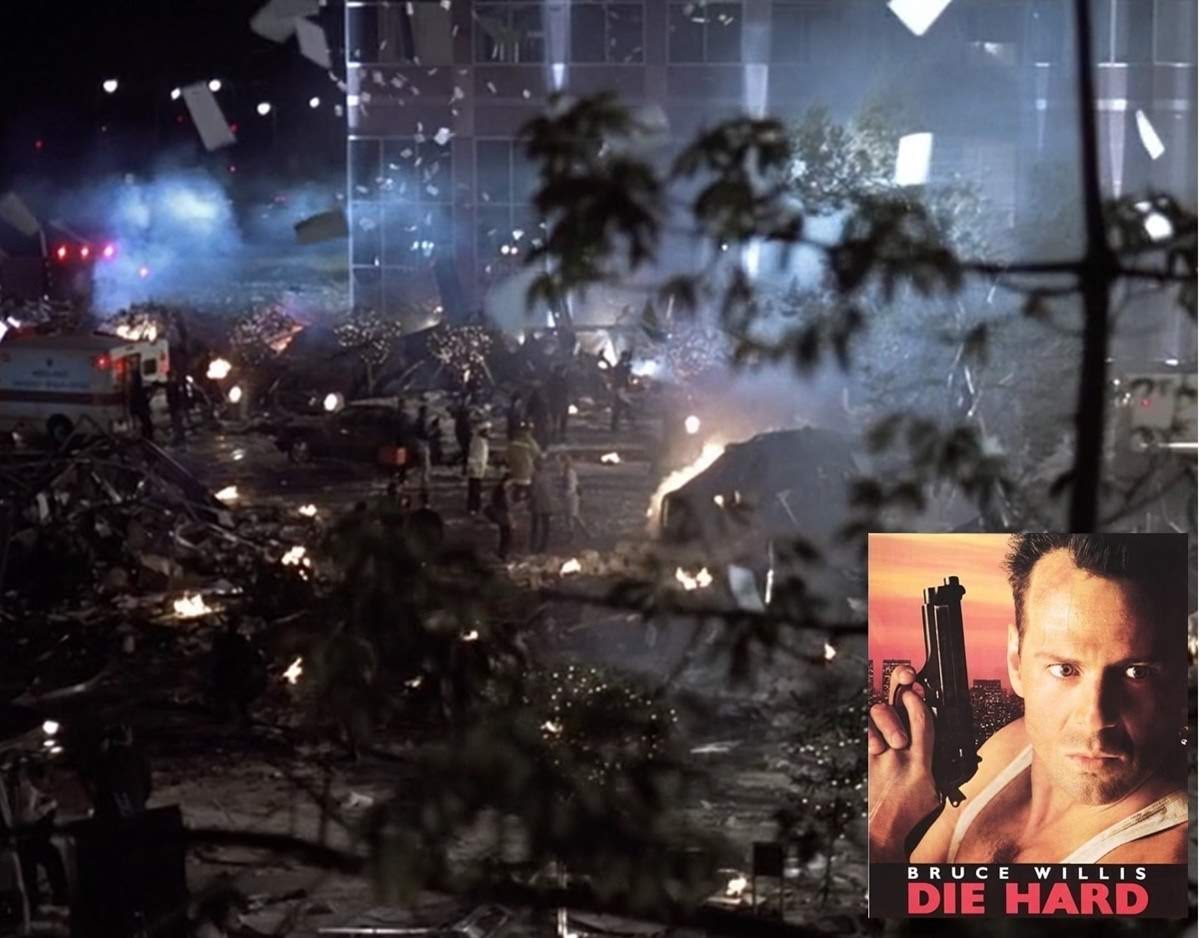 Die Hard is a 1988 American action thriller film directed by John McTiernan and written by Steven E. de Souza and Jeb Stuart. The film follows off-duty New York City Police Department officer John McClane (Bruce Willis) who is caught in a Los Angeles skyscraper during a heist led by Hans Gruber (Alan Rickman).
On Christmas Eve, NYPD detective John McClane arrives in Los Angeles, intending to reconcile with his estranged wife, Holly, at the Christmas party of her employer, the Nakatomi Corporation. McClane is driven to the party by Argyle, an airport limousine driver. While McClane changes clothes, the party is disrupted by the arrival of a German terrorist, Hans Gruber, and his heavily armed team: Karl and Tony Vreski, Franco, Theo, Alexander, Marco, Kristoff, Eddie, Uli, Heinrich, Fritz, and James. The group seizes the tower and secures those inside as hostages except for McClane, who slips away, and Argyle, who gets trapped in the garage.