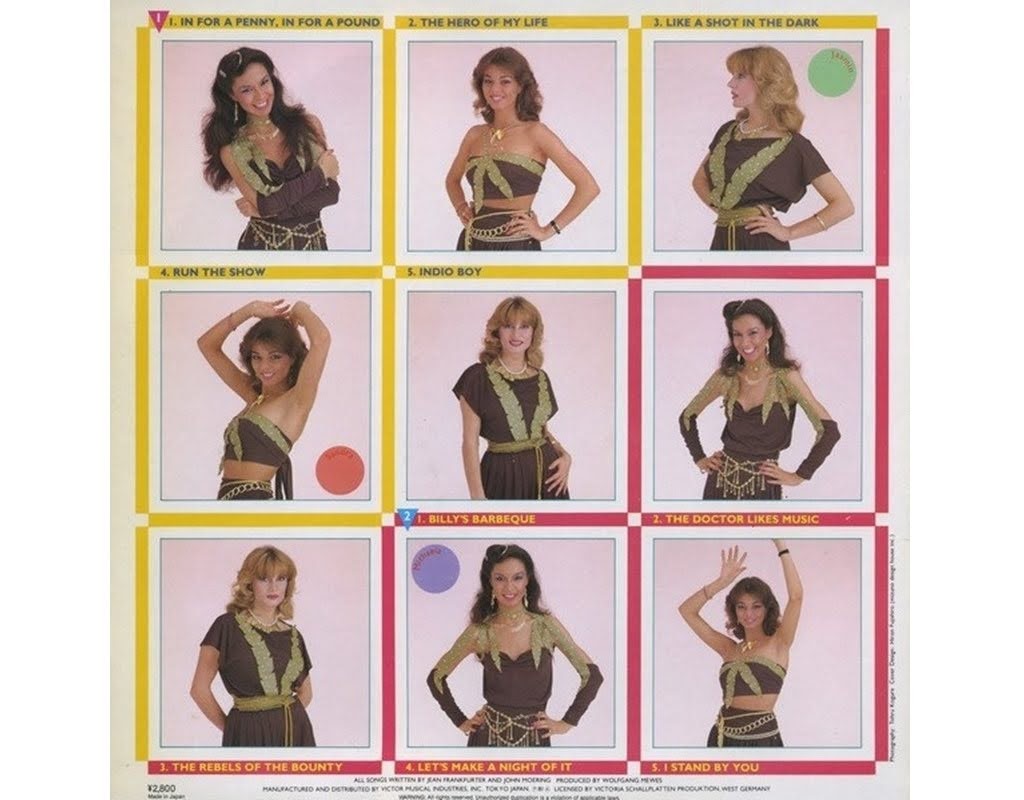 rabesque was an all-girl trio formed at the height of the European disco era in 1977 in Frankfurt, Germany. The album performed by Arabesque band with 10 songs: In For A Penny In For A Pound, The Hero Of My Life, Like A Shot In The Dark, Run The Show, Indio Boy, Billy's Barbeque, The Doctor Likes Music, The Rebels Of The Bounty, Let' Make A Night Of It, I Stand By You.
Download: 79.8MB